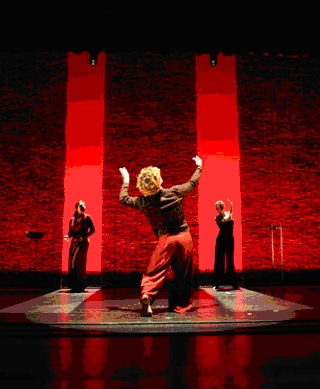 During 2005 - 10, she served as Associate Artistic Director of The Gravity Project, an integrative theater company of professional directors, actors, movers, designers & composers, affiliated with Juniata College in Huntingdon, PA.

In addition to her ongoing choregoraphic projects, Stephanie has directed existing scripts, theater works generated from poetry, original ensemble-generated works, and her own scripts, including:

The Corduroy Prayer (2009) Based on twelve of the 36 classic 'dramatic situations', script by Stephanie Skura

Nine Gates (2006) based on poems by Jane Hirschfield, Stephen Dobyns & others

Enrico IV (2007) loosely based on the play by Pirandello

Return (2009) original work about sense of place, with shadow puppets by Stephen Kaplan